Z2 Comics announced the publication of Freddie Mercury: Lover of Life, Singer of Songs, the first-ever graphic novel paying tribute to one of the greatest figures the music world has ever known.

A first in the comics format, Freddie Mercury: Lover of Life, Singer of Songs will be a journey through Freddie’s life; from his childhood in Zanzibar and India’, through his formative years in England, to becoming the rock star, known and loved by millions around the globe. The story is told in his own words, with each chapter giving a glimpse into the many facets of his life.

Written by Tres Dean (All Time Low Presents: Young Renegades), the graphic novel will give true insight into the many experiences that helped shape the young Farrokh Bulsara and his compelling existence, both on and off stage—that was the life of Freddie Mercury, Lover of Life, Singer of Songs.

Following up on the tremendous success of the Oscar-winning 2018 film Bohemian Rhapsody, and inspired by the book Freddie Mercury: A Life, In His Own Words,  compiled by Greg Brooks and Simon Lupton, this upcoming graphic novel will be another essential addition to the bookshelf or coffee table of fans new and old, sumptuously illustrated by Kyla Smith, Robin Richardson, Safiya Zerrougui, Tammy Wang, and Amy Liu, with accompanying cover painting by David Mack.

Freddie Mercury: Lover of Life, Singer of Songs is available for preorder in standard 136 page softcover ($19.99) and hardcover ($29.99) editions, released in finer comic shops, book and record stores in November. 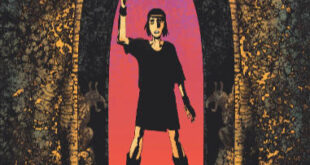 Z2 Comics And Self Defense Family Introduce ‘Run The Dungeon’ 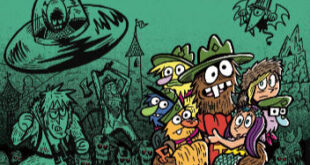 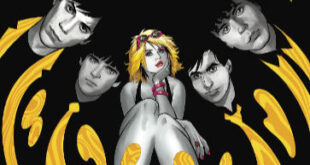 Blondie And Z2 Comics Partner For Graphic Novel ‘Against The Odds’