George Clooney’s “The American” pulled ahead of “Machete” as the No. 1 movie in America, according to Sunday box office estimates. The Focus Features film earned $12.9 million, while Sony Screen Gems’ “Takers” — which led the box office last weekend — came in No. 2 with $11.4 million.

The Top-12 grossing motion pictures for the weekend, per data collected as of Sunday, September 5, 2010, are as follows: 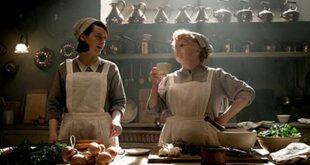