Marvel Entertainment announced the launch of the MarvelComics App for iPad on the App Store. This landmark app launches with over 500 of Marvel’s greatest comic books, from classic stories to modern tales, featuring Iron Man, Captain America, Spider-Man, Hulk, Thor and more of the world’s most popular Super Heroes. The Marvel Comics App brings the world of Marvel to iPad owners with each comic presented at incredibly high resolution possible on iPad’s full color screen, a user-friendly search engine, innovative viewing options and more.

“We’re excited to introduce an unparalleled digital comic experience to our fans with the Marvel Comics App for iPad,” said Dan Buckley, publisher & CEO, Marvel Publishing. “The iPad is the first device that offers us a chance to present digital comics that are even close to replicating the experience of reading a print comic. This new world of digital comics distribution provides us great opportunities to reach new readers, allow consumers to sample our diverse stories and characters, and we believe it will drive these new fans into the App Store and local comic shops each week to find even more.”

Fans will be granted unrivaled access to Marvel’s rich library of comics, with launch titles ranging from the first appearances of characters such as Spider-Man and the X-Men to modern classics like the debut of Red Hulk, Jonathan Hickman’s acclaimed Fantastic Four run, Joss Whedon & John Cassaday’s Astonishing X-Men and lots more. Every comic available through the Marvel Comics App is optimized for the iPad through painstaking re-coloring and re-digitizing of select content.

Marvel worked with ComiXology to create the perfect app for new readers, offering the option to preview three pages from each available comic before purchasing and a cutting edge recommendation engine for every fan to find a comic they’re sure to love. The app also arms fans with a handy comic shop locator, allowing them to find their local retailer’s address and phone number and then journey even further into the Marvel Universe. To further enhance the mobile reading experience on the iPad, the Marvel Comics App features multiple viewing modes, taking readers panel-by-panel through the comic book in a smooth, action-packed progression using just the swipe of a finger.

The Marvel Comics App for iPad is available for free from the App Store on iPad or at www.itunes.com/appstore/. Individual comics are priced at just $1.99 each with new content arriving every week.

To commemorate this historic event, Marvel is offering select titles free for a limited time, such as New Avengers #1, which launched a new era for super hero comics; Captain America #1, Invincible Iron Man #1 & Thor #1, the perfect place for new readers to discover the titular heroes; and Super Hero Squad #1, suited for fans of all ages, especially our youngest ones.

The Marvel Comics App is also available for iPhone and iPod touch. 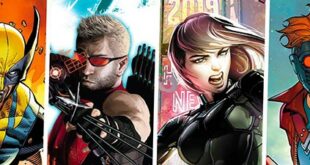 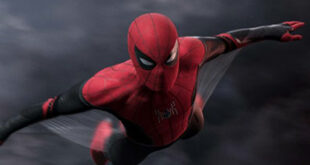