Following hot on the heels of Dynamite’s Chaos! series relaunch with Tim Seeley, Dynamite announced another great Chaos! character return – she’s reimagined and ready for blood! Join fan-favorite scribe Marc Andreyko (Batwoman, Torso,Manhunter) and artist Dave Acosta for the blood-curdling adventures of a girl who is most definitely NOT your father’s vampire! Chastity #1 will be released by Dynamite this July, featuring covers by Emanuela Lupacchino and Tim Seeley, as well as a shared retailer cover by José Luis!

In Chastity #1, in the 1980’s, after a career-ending injury shatters her (and, really, her mother’s) Olympic dreams, 17-year-old Chastity Marks finds an escape in a popular series of vampire novels… but little does she know that the novels conceal a secret underworld of blood, agony, and death- a world that she will be dragged into kicking and screaming.

“Chastity has been a blast to write and update for the post-Twilight, romantic, warm fuzzy view of bloodsuckers,” says Chastity writer Marc Andreyko, “As Chas and the readers will soon discover: be careful what you wish for. Her adventures will uncover the true faces of supernatural evil as she tries to find a world, any world, in which she belongs.”

“Marc has taken the current conventions of vampires and vampire fiction and spun them into a new backstory for Chastity in a way that is a perfect and seamless blend of the old and new.” – Joseph Rybandt, Dynamite Senior Editor

“We have been very deliberate when putting together the creative teams for the Chaos! books, as we build this beloved universe,” says Dynamite CEO / Publisher Nick Barrucci. “With so many acclaimed books under Marc Andreyko’s belt such as Batwoman and Manhunter, he is the perfect choice to spearhead Chastity’s ongoing series!”

Marc Andreyko is a comic book and screenwriter, known for his work on books such Manhunter for DC Comics and Torso, a creator-owned true crime series he has co-written with Brian Michael Bendis. Marc currently writes Batwoman for DC Comics.

Previous Dynamite Resurrects Justice Inc
Next EA and BioWare Herald the Next Generation of RPGs With Dragon Age: Inquisition 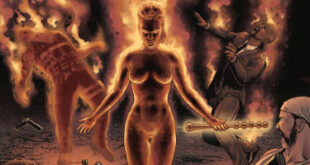 Jennifer Blood Takes On A Town of Mobsters In New Title 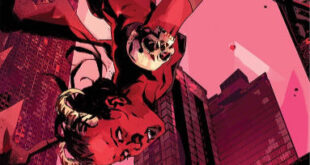