Army Of Darkness Returns To Comics

Written by Elliot Serrano and drawn by Marat Mychaels, with covers by Tim Seeley and Marat Mychaels, Army of Darkness returns to comics with a new #1 next February 2012! In issue #1, A new chapter in the Army of Darkness saga begins! As the evil of the Necronomicon spreads across the cosmos, a new ally in the war against the Deadites emerges. Who is the woman named “Ash” and what relation does she have to “The Chosen One” Ashley J. Williams? And who is the alien Deadite creature who follows her across time and space? The answers lie deep within the pyramids of ancient Egypt…in a parallel universe! The adventures of everyone’s favorite chainsaw swinging, boom-stick wielding hero continue! Be sure to get Army of Darkness in February, 2012!

“With the relaunch of the Army of Darkness series, we’re hoping to take the story of Ashley J. Williams’ struggle against the forces of the Necronomicon in interesting new directions, while remaining faithful to the spirit of the original film,” says writer Elliot Serrano. “We’re going to meet new characters, face bigger baddies and explore what it truly means to be the ‘Chosen One’ in the AOD universe. Starting with Sam Raimi and Bruce Campbell, so many talented people have contributed to the AOD mythos – not only in the movies but also in comics and video games – and living up to their efforts has been a real challenge. But I’m also drawing inspiration from those creators who’ve gone before me. As a HUGE AOD fan myself, I’m trying to tell a story that I would love to read myself!”

“I have had a chance to work on a lot of very cool projects through the years, but working on Army of Darkness with Elliot Serrano has been one of the best,” adds artist Marat Mychaels. “Having a chance to add to the AOD mythology is very creatively satisfying.”

The Evil Dead is a trilogy of horror films created by Sam Raimi. The films focus on the protagonist, Ashley “Ash” J. Williams, played by Bruce Campbell, who deals with “deadites”, which are undead antagonists created by the Necronomicon Ex-Mortis. Released in 1992, Army of Darkness is the last film in the franchise so far, taking Ash back in time to England in 1300 AD. 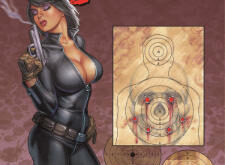 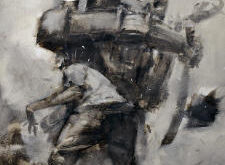 Classic ‘Zombies Vs. Robots’ Stories Back In Print This March