NECA announced the upcoming release of Gremlins Gizmo, a point and click adventure game based on the hit cult-classic film, Gremlins. Licensed by Warner Bros. Interactive Entertainment, Gremlins Gizmo, developed by Pipeworks Software and ImaginEngine, both Foundation 9 studios, will be available this month for both Wii and Nintendo DS platforms.

“We have been a Gremlins licensee with Warner Bros. Consumer Products for over a decade. With the success of our product line, we were excited to partner with Warner Bros. Interactive Entertainment and produce a Gremlins video game which is a perfect extension to the brand,” said Shannon Pratt, Director of Business Development at NECA. “Gizmo has always been such a beloved character and now kids and adults alike can bring him home as their own virtual pet in Gremlins Gizmo.”

In Gremlins Gizmo, players can interact with and care for their very own pet mogwai. Choose Gizmo or one of his four cuddly friends and unleash their fun-loving personalities through nurturing interactions, exploration and discovery. Play dozens of games including retro style arcade games, music games, and hide and seek. Watch Gizmo sing and dance his way to new levels and earn trophies to unlock new costumes, new environments and additional mini and micro games. 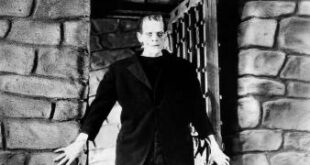