Warner Brothers has just released yet another trailer for their upcoming DC Superhero film, Green Lantern.

Unlike the other trailer that have come before this one, the new trailer gives a full explanation to the who the Green Lantern Corps are, why they were formed, what the Corps planet’s name is and why they are there in the first place. This is a good thing for those who have never opened up a Green Lantern comic. This is a good thing for those who had no clue what was going on while watching the first two trailers. It may even bring folks in to theaters who were not sure on whether or not they want to see yet another man in a superhero costume on screen this summer. 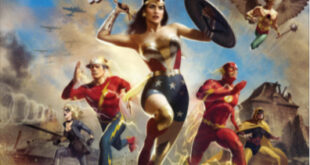