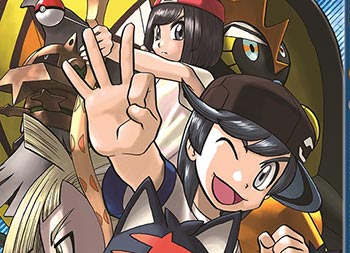 In this new Pokémon story arc, Moon is on her way to deliver a rare Pokémon to Professor Kukui in the Alola region when she meets his good friend Sun, a courier entrusted with a special Pokédex. Sun offers to safely deliver Moon to the professor’s lab… But then they tangle with a group of grunts from Team Skull and are attacked by a mysterious Pokémon! What is this sparkling stone the mysterious Pokémon leaves behind…?