Teenage Mutant Ninja Turtles: Out of the Shadows easily won the North American box-office race over the weekend even as it became the latest Hollywood sequel to come in well behind its predecessor. The film topped the chart with $35.3 million, more than 46 percent behind the 2014 reboot. In August of that year, Teenage Mutant Ninja Turtles wowed with $65.6 million on its way to grossing $493.2 million worldwide for Paramount and Nickelodeon Movies.

The top 12 films of the weekend, as of Sunday, June 5, are as follows: 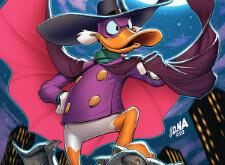