Z2’s diverse 20/21 publishing slate continues to be revealed. Z2 announced that that the ambitious project pairing members of the US military with the biggest names in comics to share real war stories told by those who lived them will be available for Local Comic Shop Day (November25). This unique project, assembled by the multiple-Eisner nominated writer/editor, Alex de Campi and co-edited by Iraq War veteran Khai Kumbaar is an entertaining and moving work of graphic nonfiction previously only available through Kickstarter.

“TRUE WAR STORIES is incredibly important to me personally, and I’m so proud of the absolutely top-tier work my collaborators have done in these stories” says Alex de Campi. “What makes it really perfect for Local. Comic Shop Day is that not only is it great for hardcore comics fans, but also such an easy book to hand-sell to casual browsers. TRUE WAR STORIES is perfect for the military veteran or “dad who loves nonfiction” or the friend who doesn’t really read many comics. And a big, chunky self-contained 250-page reads that look really nice gift-wrapped for the holidays, just saying.”

Khai Kumbaar continues “To me, TRUE WAR STORIES is a book about making connections. There’s the obvious connection between civilians who get an inside look at real military life and the connection between servicemembers who see themselves reflected in the stories, but there’s also a connection to the medium of comics itself. I think TWS (and books like it) can be an invitation to those who maybe thought comics weren’t for people like them. We saw a bunch of non-traditional comics readers back our Kickstarter. It’ll be fun to see what happens when they wander into their friendly local comic shops looking for more.”

Vietcong sappers attack a fuel point, only to be foiled by an unusual alert guard dog. An MP guards convoys of mystery bombs in the Thai jungle in 1968. A young Airman copes with post-9/11 paranoia in Okinawa. A Marine sniper in Haiti faces the repercussions of the shot he never took. A team of SEALs help rescue a kidnapped girl in the Philippines. Army interpreters in Iraq battle their toughest foe: the rats of Saddam’s palace. A soldier on a late-night run surprises a motorpool saboteur. A young cavalry lieutenant, fresh off the Battle of Kamdesh, meets the Marine half-brother he’s never known. A Navy ship reacts to an unexpected man overboard. And if you’ve ever wondered what Christmas was like in a war zone, you’re about to find out.

True War Stories is a 260-page full color graphic novel anthology containing fifteen true tales of American service members overseas. Nearly every branch of the military is represented in this collection of stories that are heartwarming, heroic, harrowing, and even at times, hilarious, spanning the globe.

Previous Stargirl Reminds Us that When Saving the World, Kindness is Key
Next Super Shady: Five Reasons the Man of Steel’s a Really Bad Boyfriend 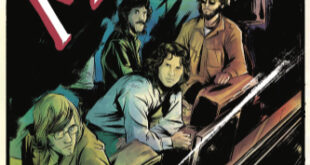 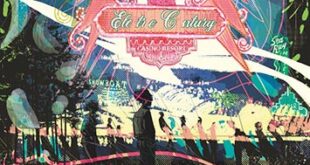