The Wizard of Oz in 3D & IMAX for the First Time

Marking the 75th anniversary of The Wizard of Oz, Warner Bros. has produced a 3D remastered version of the film which will launch a comprehensive, cross-divisional campaign encompassing theatrical, home entertainment, consumer products and a number of promotional partnerships.

Kicking off the celebration, The Wizard of Oz 3D will be presented in the immersive IMAX 3D format and return to the big screen for an exclusive one-week engagement in IMAX theatres across North America beginning September 20, 2013.

“We couldn’t be happier to partner with IMAX as we celebrate the 75th anniversary of this iconic film,” said Dan Fellman, President, Domestic Distribution, Warner Bros. Pictures. “The Wizard of Oz IMAX 3D Experience is an integral part of our studio-wide anniversary initiative and we are excited to give fans the rare opportunity to see this stunning version on the big screen.”

“The Wizard of Oz is one of the most beloved films of all time and we are thrilled that our longtime partners at Warner Bros. have made IMAX a part of this exciting milestone event,” said Greg Foster, Chairman and President of IMAX Entertainment. “This film revolutionized the use of color and special effects in cinema, and we’re excited to add another ‘first’ – bringing this timeless classic to moviegoers through the power of The IMAX 3D Experience for the very first time.”

The IMAX release The Wizard of Oz will be digitally re-mastered into the image and sound quality of The IMAX 3D Experience with proprietary IMAX DMR (Digital Re-mastering) technology. The crystal-clear images, coupled with IMAX’s customized theatre geometry and powerful digital audio, create a unique environment that will make audiences feel as if they are in the movie.

Following the IMAX theatrical release, Warner Bros. Home Entertainment (WBHE) will release a limited and numbered The Wizard of Oz 75thAnniversary Collector’s Edition on October 1, 2013, featuring the 3D version of the film and more.

“Seventy-five years later, The Wizard of Oz continues its reign as a multi-generational favorite, with nearly 100 percent awareness among adults and more than 80 percent awareness among children,” said Jeff Baker, WBHE Executive Vice President and General Manager, Theatrical Catalog. “In this new 3D version, the film is bound to make history all over again—with both past and future fans.”

The Wizard of Oz 75th Anniversary Collector’s Edition will debut as a five-disc set that will include Blu-ray, Blu-ray 3D, DVD and UltraViolet versions of the film; a new documentary, The Making of The Wonderful Wizard of Oz; bonus features and premium collectibles ($105.43 SRP). Three more editions will be available separately: a two-disc 3D/Blu-ray ($35.99 SRP), a one-disc Blu-ray ($19.98 SRP) and a two-disc DVD ($16.95 SRP). All four will contain the new documentary and extra content.

SPECIAL FEATURES will include all previously released special features along with:

The 3D conversion was a long and complex project which Warner Bros. initiated with a very high resolution (8k) scanning of the original Technicolor camera negative. The restored 2D image was then transformed by creating a depth-map of each frame to construct 3D imagery and determine distances from the viewer’s vantage point. This was followed by the long process (with the use of a rotoscope) to further refine viewer distances and fully layer shapes and objects.

“People have asked for years about The Wizard of Oz 3D conversion. My answer was always, ‘We’re not doing it until it’s perfect.’ And now it is,” said Ned Price, Warner Technical Operations’ Vice President of Mastering. “As a kid, I was so enthralled by this film. Watching it, you just want to enter the frame, enter the Land of Oz. This new version will allow you to do just that.”

In support of the 75th anniversary of the film, Warner Bros. Consumer Products’ extensive licensing program of more than 80 top-tier licensees will expand with new partnerships. Leading the way is master toy partner Jazwares, along with Mattel, Rubies, Lionel, Steiff, USAopoly, Thomas Kinkade, and many more that will be taking part in the celebration. Special commemorative anniversary product will be available across a wide array of categories including apparel, jewelry, collectibles, publishing, stationery and paper goods, toys and games, slot machines and personal care. 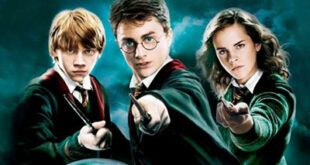