‘The Nun’ Tops The Box Office 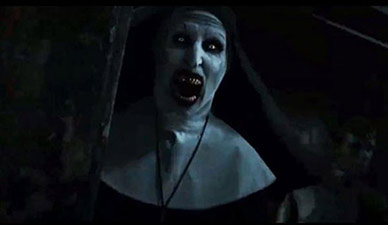 The supernatural horror pic The Nun opened to a heavenly $53.5 million from 3,876 theaters to score the second-biggest September debut of all time in North America, not adjusted for inflation. The R-rated spinoff also boasted the biggest opening of any title in the Conjuring franchise. The fifth installment, from New Line and the Safran Company, also delivered big numbers overseas, earning a divine $77.5 million from 60 markets for a global start of $131 million.

The top 12 movies of the weekend, as of Sunday, September 9, are as follows: