The Next Installment In The Scorpion King Saga Comes In October 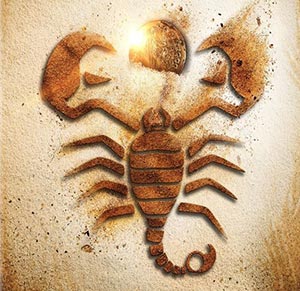 The legendary Scorpion King returns for an epic adventure in the latest action-packed film in the franchise. In ancient Egypt, the evil warlord, Nebserek (Mensah), discovers a cursed sword that makes the one who wields it more powerful with every soul it strikes down. Determined to stop his power from growing, the Scorpion King (McGowan) joins forces with Tala (Thusi), the Nubian Princess; Amina, a mysterious woman with a magical and tragic secret; and her golem guardian (Jones) to find the one thing that can defeat Nebserek: the Book of Souls.

Scorpion King: Book of Souls will be available on Blu-ray, DVD and Digital.