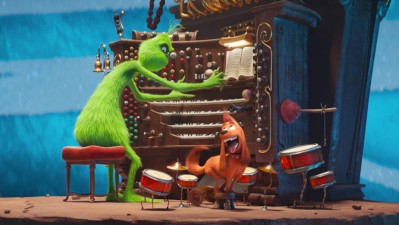 Christmas came early for Illumination and Universal as The Grinch, the second big-screen adaptation of the classic Dr. Seuss holiday tale after Ron Howard’s 2000 film, opened to a pleasing $66 million from 4,414 North American theaters despite mediocre reviews (it fared better with audiences, earning an A- CinemaScore). Voiced this time out by Benedict Cumberbatch, the CG-animated pic is the first family event film of the year-end corridor.

The top 12 films of the weekend, as of Sunday, November 11, are as follows: