Home / Pop Motion / The Expanse: Season One Fires Onto Blu-ray

Audiences are blown away by Syfy’s futuristic thriller, THE EXPANSE, a solar-system-wide mystery series and the newest epic space drama to hit this universe. Building a passionate fan base among viewers and critics alike, the series has been applauded for its fantastic visuals and blend of sci-fi elements and detective noir. Now fans everywhere can own all ten episodes of the sweeping space adventure when THE EXPANSE: SEASON ONE arrives on Blu-ray™ and DVD from Universal Pictures Home Entertainment on April 5, 2016.

Based on The New York Times bestselling book series by James S. A. Corey, THE EXPANSE is a thriller set two hundred years in the future, after mankind has colonized the solar system. A hardened detective (Thomas Jane) and a rogue ship’s captain (Steven Strait) come together to solve the case of a missing young woman, which evolves into a race across the solar system to expose the greatest conspiracy in human history.

THE EXPANSE: SEASON ONE will be available on Blu-ray and Digital HD with UltraViolet™ and on DVD.  Be sure to catch up on Season One before the new season premieres next year on Syfy. 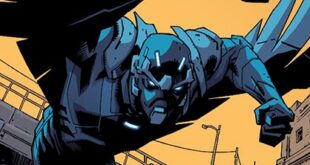 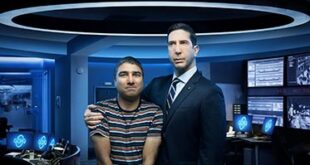