Leonardo, Raphael, Michelangelo and Donatello – aka theTeenage Mutant Ninja Turtles – made a triumphant return to television in their new Nickelodeon series premiere this weekend (Saturday, Sept. 29, at 11 a.m., ET/PT), ranking as the week’s top telecast with kids 2-11 (6.2/2.1 million) and boys 6-11 (8.2/837,000) across broadcast and cable TV, and the number-one kids program on basic cable with total viewers (drawing 3.9 million) for the week. Additionally, the new CG-animated version of the series hit a ratings high for Nickelodeon with boys 2-11 (7.5/1.3 million), and was the network’s top-rated premiere for an animated series since 2009. During its premiere weekend the series reached nearly 12 million total viewers.

Following its launch success, Nickelodeon has ordered 26 additional episodes of the series, which will begin airing next year. Additionally, the reintroduction of this storied franchise has already ignited excitement in the licensing community, with the new line of Teenage Mutant Ninja Turtles consumer products from Playmates Toys being named ‘Hot Toys for the Holidays’ on the prestigious Toys R’ Us and Time to Play lists.

Teenage Mutant Ninja Turtles is set in present day New York City, from the glittering towers of Manhattanto the dark depths of the sewers, and follows the adventures of four humanoid turtles and a six-foot-tall rat, Master Splinter.  One day, while living a life in seclusion with his four pet turtles, the once human, Splinter, encountered a mysterious green ooze that covered him and his pets. Overcome by the mutagen, he was transformed into a rat and his four pets became humanoid turtles.  Fearing persecution from humans, he brought the Turtles underground and raised them, training them to become ninjas.  Years have passed since that point and the four turtles, Leonardo, Raphael, Donatello and Michelangelo, are now headstrong teenagers, filled with the confidence of youth and a burning desire to see the world.

Considered one of the most popular kids’ television programs of the 1980s, Teenage Mutant Ninja Turtlesis a classic, global property created in 1984 by Kevin Eastman and Peter Laird.  It first debuted as a successful comic book series and then became a hit animated TV show, a live-action television series and later spawned four blockbuster theatrical releases.  The property also has translated into a significant consumer products business—with DVDs, video games, toys and more–that has generated billions of dollars at retail. 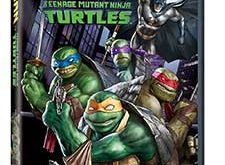 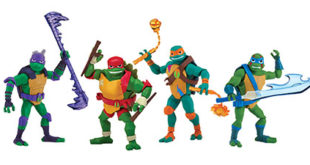 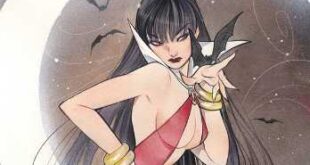 Right in time for All Hallow’s Eve, Christopher Priest and Vampirella tangle with ghosts in …