Stargate Universe and Sanctuary Get Renewed

Syfy has greenlit production on a second season of Stargate Universe (SGU) and a third season of Sanctuary. Noth received orders for 20 new hours for each series. SGU and Sanctuary commence production in Vancouver, BC in winter 2010 with a new season premiere slated to debut on Syfy fall 2010.

SGU follows a band of soldiers, scientists and civilians, who must fend for themselves as they are forced through a Stargate when their hidden base comes under attack. The desperate survivors emerge aboard an ancient ship, which is locked on an unknown course and unable to return to Earth. Faced with meeting the most basic needs of food, water and air, the group must unlock the secrets of the ship’s Stargate to survive. The danger, adventure and hope they find on board the Destiny will reveal the heroes and villains among them

Sanctuary, one of television’s most groundbreaking and innovative series, films almost entirely on green screen, employing stunning visual effects. Sanctuary was the first television series in North America to use the RED camera exclusively.

Sanctuary follows the adventures of the beautiful, enigmatic and always surprising Dr. Helen Magnus (Amanda Tapping), a brilliant scientist who holds the secrets of a clandestine population – a group of strange and sometimes terrifying beings that hide among humans. Created by Damian Kindler (Stargate SG-1, Stargate Atlantis), Sanctuary is produced in association with Syfy and is distributed by Tricon Films and Television. Season 3 of the series will be executive produced by Damian Kindler, Amanda Tapping, Martin Wood, Keith Beedie and Tricon Films. 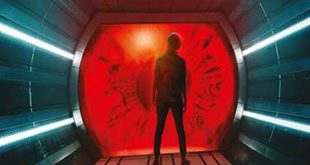 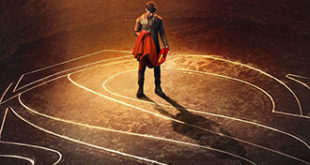