Square Enix announced that the highly-anticipated Action-RPG NIER is now available at North American retailers nationwide for the PlayStation 3 and the Xbox 360.

NIER presents the despairing story of a world afflicted by an apocalyptic plague and a father’s desperation to protect his daughter from the dark denizens of this frightening future. Armed with mighty weapons and powerful magic, players take control of the title character, Nier, as he battles alongside formidable allies against waves of enemies and giant bosses in an effort to discover the truth about the plague, his daughter…and himself.
“NIER’s unusual characters, mesmerizing storyline and engaging Action-RPG gameplay have tantalized gamers for months leading up to today’s release,” said Ami Blaire, Vice President, Marketing of Square Enix, Inc. “What exactly is the Black Scrawl? Who is this Shadowlord? And, what role will Nier play in his world’s eventual salvation…or destruction? Now gamers can finally sink their teeth into the finished product, and uncover the countless intriguing mysteries that this game has to offer.”

The latest offering from the RPG-masters at Square Enix, NIER is an Action-RPG that blends traditional RPG gameplay mechanics with intense, bloody combat and powerful magic to create an action-packed single-player experience where players explore and discover a future lost to a shadowy past.

— Discover more than a hundred mysterious Words throughout the game, and attach them to the names of Nier’s weapons and spells to gain significant enhancements and new abilities

— Fight alongside and interact with several companions throughout your adventures, including the enigmatic Kaine and the dry-witted Grimoire Weiss

— Interact with dozens of NPCs, including shop owners and quest givers. Purchase new weapons, crafting supplies as well as city and adventure maps. Discover dozens of side quests and secondary storylines throughout the world 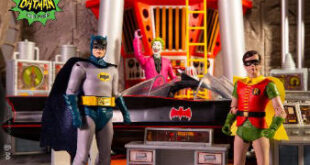