Spin Master has added a touch of thrill and mystery to its games portfolio with the launch of Escape Room The Game.

Based on the popular international escape room experience, Escape Room The Game asks players to put their problem-solving skills to work and crack the code to win. Taking cues from the real-life version, the game leads players through a series of clues and puzzles as they work to decode a combination before the timer runs out. Speed and smarts are equally important in this game where the Chrono Decoder, an electronic decoder timer device, is the gatekeeper to your exit and the ticking clock that subtracts time for each wrong attempt.

“As escape rooms have become such a global phenomenon, we saw an incredible opportunity to translate that experience into something even more accessible while remaining just as exciting,” says Danielle Armbrust, ‎Vice President, Games at Spin Master. “Escape Room The Game isn’t just a game, it’s a true-to-life experience that we think will remind people that well designed board games are as relevant now as ever.”

A timer counts down as players race the clock to crack the three codes to break out of each room in under an hour. With each of the four rooms included in the game – Prison Break, Virus, Nuclear Countdown and Temple of the Aztec – a set of clues direct players to the final four-key combination code that will stop the Chrono Decoder and win the game. Themed expansion packs, slated for January 2017 release, will make it possible for successful escapee A promotional video of the Escape s to find even more new rooms to break out of, with additional themes and licenses. Players can add to the game’s ambiance with the Escape Room The Game app, available now on the App Store, to play thematic music and celebrate their escape by sharing a team photo on social media. 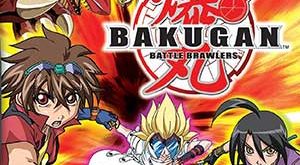