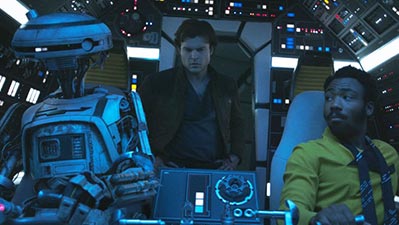 Solo: A Star Wars Story, in its second weekend, continued to lose altitude, but held the top spot at the box office due to a lack of new competition. The space adventure from Disney and Lucasfilm attracted an estimated $29.3 million in North America, down 65 percent from the $84.7 million in claimed in its first three days. The film’s domestic tally currently stands at $148.9 million. Doubts have been raised as to whether the movie can turn a profit.

The top 12 films of the weekend, as of Sunday, June 4, are as follows:

Previous ‘Hey Kids! Comics!’ Pulls Back The Curtain On Comics Industry
Next Dynamite Announces The Further Adventures Of Red Sonja