The saying goes that good things come in threes.  Salt Lake Comic Con (http://saltlakecomiccon.com/) is proof of that as they announced that Simon Helberg, Stephen Amell and Jon Heder will be attending Salt Lake Comic Con on September 4-6, 2014 at the Salt Palace Convention Center in downtownSalt Lake City, Utah.

Helberg plays Howard Wolowitz, a nerdy and aspiring “Casanova” in The Big Bang Theory.  In addition to his role as Wolowitz, he is well known for his role as Moist in Joss Whedon’sDr. Horrible’s Sing-Along Blog as well as appearances and roles in MADtv, Van Wilder, Old School and Derek & Simon.

Amell is best known for his lead role as Oliver Queen on the CW hit series The Arrow, which was CW’s most watched telecast of any show on any night in three years.  He is also slated to be in the new TV series The Flash as his Arrow character Queen. In addition to his role on The Arrow, Amell has appeared in a number of TV and movie roles including,Private Practice, CSI: Crime Scene Investigation, CSI: Miami, Hung, the Vampire Diaries and the voice of Green Arrow in the video game Injustice: The Gods Among Us.

“Having Simon, Stephen and Jon at Salt Lake Comic Con is a huge win for us and especially our fans,” said Dan Farr, Salt Lake Comic Con Founder and Show Producer.  “These are hugely popular actors with our attendees and they’ll be excited to meet and spend some time with them.”

Heder is best known for his portrayal of Napoleon Dynamite in the cult classic movieNapoleon Dynamite.  He’s also starred in a number of other movies including Blades of Glory, Mama’s Boy, Monster House, When in Rome, The Bench Warmers and School for Scoundrels. Heder is a graduate of Brigham Young University (BYU).

“We’ve promised that this Comic Con will be better than our previous record breaking events. We wanted to take things to the next level with lead characters from current hit shows and Simon Helberg and Stephen Amell to support that promise,” said Bryan Brandenburg, Co-founder and Vice President of Marketing at Salt Lake Comic Con.  “Simon, Stephen and Jon are great additions for our fans but they’re still just the tip of the iceberg.  We’ve got over 200 guests and panelists to announce so people should follow us on social media as we continue to add to our master guest list.” 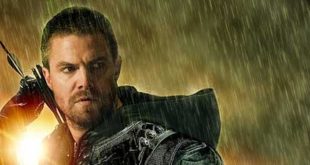 ‘Arrow’ and ‘Flash’ Bring Their Most Recent Seasons To Home Video 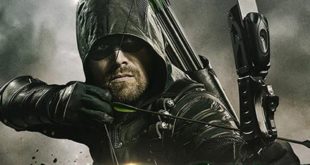