Home / Pop Art & Words / Sandman to be Adapted for TV

Sandman to be Adapted for TV

Neil Gaiman’s highly acclaimed comic book series, Sandman, is now in the early stages of being developed into a television series by Warner Brothers TV, according to the Hollywood Reporter’s Heat Vision blog.

Warner Brothers TV is now acquiring the rights to Sandman from it’s sister company, DC Entertainment, and is in talks with several writer-producers for the adaptation from comic to small screen.  On the top of that list is Supernatural series creator, Eric Kripke.  Kripke is interested but cautious of the project, mainly due to the passionate and devoted following the comic book series has.  Both WBTV and Kripke’s reps at WME have declined to comment on his possible involvement with the project.

Also, Neil Gaiman is not involved in developments as of yet, but since it is still in the early stages, that will most probably change.

Sandman tells the tales of the Lord of Dreaming, Morpheus, who personifies dreams.  Originally touted as a horror comic, it crossed into the realms of mythology and fantasy. The comic helped to establish DC’s Vertigo imprint, and won not only many awards (including being the only comic ever to be awarded the World Fantasy Award in 1991), but a large non-comic reading audience and a huge devoted female fan base.

No word yet on which network(s) will be vying for such an interesting and high profile comic series. 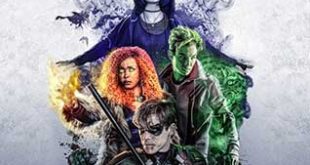