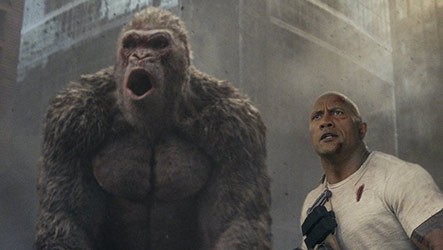 Rampage opened to $34.5 million from 4,101 theaters, one of the best showings ever for a video game adaptation and enough to win the weekend ahead of holdover horror sensation A Quiet Place. That was still behind expectations, however.  In Rampage, Johnson plays a primatologist whose beloved pal, an albino gorilla, is transformed into a giant menace as the result of a genetic experiment (there’s also a wolf and a crocodile involved).

The top 12 movies of the weekend, as of Sunday, April 15 are as follows: