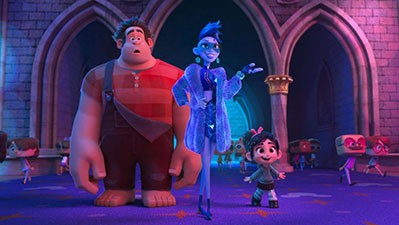 Disney Animation Studios’ Ralph Breaks the Internet stayed a big winner in its second outing, earning another $25.8 million from 4,017 theaters to top the box office chart in North America.

The weekend after Thanksgiving is one of the quietest of the year in terms of fresh studio offerings, and this year was no exception as Ralph 2 and a crop of other tasty leftovers dominated and drove overall revenue up nearly 12 percent over the same frame last year.

The top 12 films of the weekend, as of Sunday, December 2, are as follows: