Taking on doomed relationships and video games at the same time, Oni Press is pleased to announce the fall release date for Cheat(er) Code, the latest from the Limerence Press imprint, in September 2020.

At its core, Cheat(er) Code is more than just a fun adventure story through a series of vaguely familiar video game lands as it follows Kennedy, a young man, as he navigates what he needs to heal a broken heart. A long-time comics enthusiast and geek, author S. A. Foxe had a plan in place from the start. “My goal with the book was always to write something in the vein of Shortbus, with plenty of fun, funny, titillating sex, but a real emotional undercurrent and worthwhile story to prop up the bonking. And to be able to do that while paying tribute to the video games that defined my nerdy gay generation is the pixilated cherry on top.”

Kennedy and his boyfriend Seth have been together six years, that is, until the couple gets into a huge, potentially relationship-changing fight. Kennedy turns to his trusty video games to distract himself, but when a random power surge hits, he’s transported inside his video game library and quickly Ken finds himself seduced by a silver daddy, rutting with a couple of barbarians from an epic fantasy, and sorting through a lot of confusing feelings about his favorite anthropomorphic cheetah character. Kennedy will need to confront his biggest fears to get back to reality before the game glitches him out of existence, but sometimes, the unexpected (and unexpectedly sexy) is just what you need to hit the reset button.

About the opportunity to work on this project, illustrator Daz commented, “It was both fun and fulfilling for me to draw and yet also challenging in so many levels to make sure my work captured the humor and the emotional heart of S.A.’s story.”

Cheat(er) Code will be available in stores and online September 22, 2020. 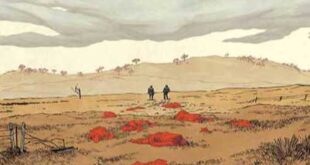