Oni Press adds one of the most celebrated webcomcs to a diverse catalog of print collections of online comics and creators from around the world, with the announcement of an all-new omnibus series of Chris Onstad’s Achewood!

“I’ve been a fan of Achewood since the first year, and I’d be lying if I said I didn’t miss heading to the site to look for new strips every day or two” says Toronto Comic Art Festival Founder and Artistic Director, Christopher Butcher. “One of the best surprises for me in editing this book is just how much new Achewood there is for me to enjoy, as the strip was joined by Ray’s advice column Ray’s Place, by the blogs, by the zines, the prose work, the recipies, the rare strips for other websites, and so much more. It’s an absolute trip to get to read all of Achewood chronologically as I help to put this volume together, and I think fans old and new are going to love it just as much as I do when it arrives in print next summer.”

Tremendously influential and darkly hilarious, Achewood quickly and expertly subverts the genre expectations of the daily strip with razor sharp with and deeply human explorations of depression, relationships, masculinity, death, and selling your soul to the devil to become a billionaire.

“I am incredibly proud to add Chris Onstad and Achewood to the Oni Press library,” says publisher James Lucas Jones. “Onstad’s daily strips paved the way for many webcomics creators, and showed that you could build a sustainable audience for serialized comics outside of the traditional periodical publishing model. These strips remain every bit as irreverent and insightful today as they were nearly 20 years ago, and these meticulously assembled books promise to expose a whole new generation of readers to Onstad’s dark and witty brand of humor while giving existing fans the classy archival treatment they already know this work deserves.”

Achewood will be released in an all-new omnibus format in June 2020, with future volumes and special editions to be announced in the coming months.

Previous Review: ‘The Mandalorian’ is ‘Star Wars’ to the core: a safe, entertaining blockbuster
Next ‘Teen Titans: The Complete Series Coming December 3 To Blu-Ray 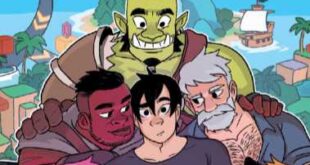 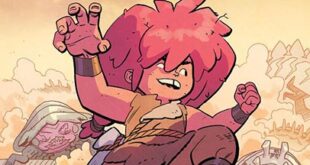