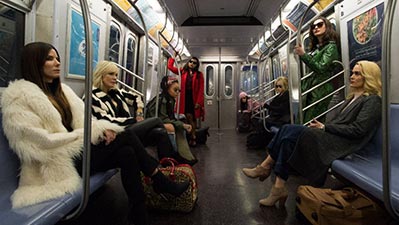 With few new releases debuting this week,the female-fronted Ocean’s 8 opened over the weekend to a series-best $41.5 million to easily place No. 1 in North America. Overseas, the pic grossed $12.2 million from its first 16 markets, many of them in Latin America, for a global start of $53.7 million. The film is the best performer of a weak franchise.