As audiences rev up for the upcoming release of the highly anticipated eighth chapter in the global fan-favorite Fast & Furious movie phenomenon, NBCUniversal Brand Development and its NBCUniversal Consumer Products business unit today announced plans to expand the range of merchandise inspired by the multi-billion dollar franchise. One of the most popular action-movie serials of all time, the hugely successful franchise has earned more than $3.9 billion in the global box office, with Furious 7 grossing more than $1.5 billion as the sixth-highest-grossing film ever. Focusing on best-in-class creative partners that capture the essence of the property, NBCUniversal Consumer Products will debut a new vehicle toy line with Mattel, as well as an extensive cross-category merchandising program for the record-setting franchise in 2017.

“Fast & Furious is one of the most globally recognized and engaging action franchises in the world today. With strong consumer recognition and appeal for the brand across fans of all ages, we are successfully extending into new categories including a new toy line from Mattel, and adding best in class category licensing partners for the brand,” said Manuel Torres, Executive Vice President, NBCUniversal Consumer Products. “Fast’s deep-rooted themes of family, loyalty and teamwork also provide a compelling framework to broaden our overall approach.”

Bringing the high-octane action and awesome stunts and scenes from the films to life through play, new global master toy licensee, Mattel will roll out an innovative toy line in 2017 that will feature vehicles, characters, and authentic environments from the franchise.

“We are thrilled to creatively partner with Universal to unveil an all-new toy line inspired by the iconic vehicles and action-packed stunts from the Fast & Furious films,” said Susie Lecker, Mattel’s Executive Vice President & Chief Brand Officer, Toy Box Division. “The collection is truly innovative and will bring the Fast & Furious experience to a new level of interaction, allowing fans to play out their favorite movie scenes with dynamic modern designs and industry-first toy features.”

Complementing the new toy line and extending the franchise from play to display, mixed-scale die-cast licensee Jada Toys will continue to create a line of film-inspired die-cast Fast & Furious vehicles targeted to collectors. 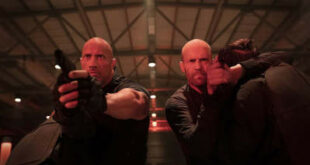