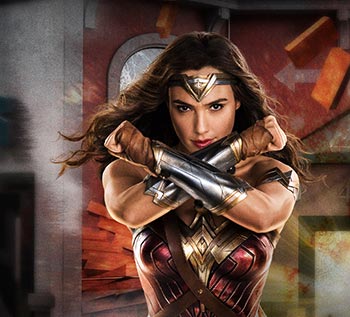 Justice will be served this summer at Madame Tussauds Orlando. The world-famous attraction revealed plans to unite an all-star cast of DC Super Heroes in an epic new experience. For the first time ever, fans of DC’s Justice League will come face-to-face with their favorite heroes in an action-packed adventure unlike any other.

From fear comes courage! Guests will get a chance to star alongside Justice League‘s Gal Gadot as Wonder Woman, Henry Cavill as Superman and Ben Affleck as Batman, as they fight to save the world from Lex Luthor’s evil corporation, LexCorp.

Developed in collaboration with Warner Bros. Consumer Products on behalf of DC Entertainment, this first-of-its-kind attraction experience combines an all-star cast with blockbuster thrills, authentic replica props and costumes that bring each character to life like only Madame Tussauds can do.

“Fans have never come this close to the action,” said James Paulding, General Manager. “Madame Tussauds Orlando, together with Warner Bros. Consumer Products, have created a Justice League experience you have to see to believe – from the unbeatable roster of DC Super Heroes to the sensational, hi-tech experiences.”

Justice League: A Call for Heroes will also debut later this summer at Madame Tussauds Sydney, part of a greater transformation across Madame Tussauds attractions around the globe to deliver live fame experiences that make guests the star of their favorite stories.

Justice League: A Call for Heroes

HEROES UNITE! The battle begins when the Justice League lands at Madame Tussauds Orlando on May 25, 2018. Guests who answer the call will be transported to the streets of Gotham City and Metropolis, uniting with the Justice League Super Heroes in a series of thrilling missions to destroy LexCorp’s hold on the world.

Wonder Woman guests will help to destroy LexCorp’s formidable technology that has disabled the city. By harnessing their inner super power, guests will be able to emit a powerful blast from Wonder Woman’s gauntlets to weaken LexCorp’s control over the city.

Elsewhere in the city, Lex’s experiment wreaks havoc, sending a helicopter and its occupants hurtling toward the ground. Guests will have to summon all their strength and join Superman to help lift a REAL helicopter back into the sky as onlookers cheer from the streets below.

As the battle continues, one Super Hero will remain elusive. Guests must summon Batman with the Bat-Signal. Billowing smoke and wind reveal Batman as he’s called into battle on the rooftop, ready to save the world.

Previous ‘Void Trip’ Takes You On A Road Trip To The Final Frontier
Next Discover Outpost Zero: The Smallest Town In The Universe