After May’s Kirby: Genesis #0 primer, the acclaimed Marvels Team, Alex Ross and Kurt Busiek, reunite for Kirby: Genesis #1 set for a June 2011 release!  Kirby: Genesis #1 features six “dynamite” covers which include three astounding covers by Alex Ross, as well as covers from Ryan Sook, Paul Renaud, and Dale Keown!  All the pieces are in place for this surefire-hit of 2011, featuring creations from the legendary artist Jack Kirby!

Kirby: Genesis explodes into action with June’s issue #1! A message to space has been heard and answered — but what has come to Earth isn’t what anyone would expect! As cosmic visitors begin to be revealed to the world, a deadly battle begins — and three ordinary people are caught up in it. Featuring: Captain Victory, Silver Star, the Glory Knights and more! This is the beginning!  This is the GENESIS! “Getting to work with all these great Kirby concepts is an amazing thrill,” says writer Kurt Busiek.  “Especially since some of them have never been seen in print before!”

“Alex is so excited about the project that he wants to work hand in hand with Jack to paint as many interior pages as possible, which thrilled us all to no end,” says Dynamite President and Publisher Nick Barrucci.  “Having Kurt and Alex together again collaborating on one of Dynamite’s most important projects to date is nothing short of amazing.”

“Kurt and Alex have done an AMAZING job of taking these seemingly disparate characters and concepts and creating a cohesive, living, breathing universe,” says Dynamite Editor Joe Rybandt. “Miss this at your peril.” 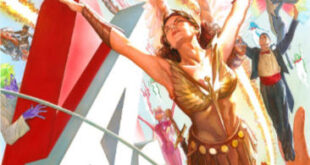 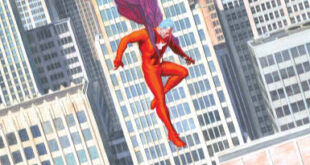 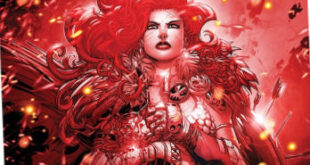