The bestselling Die by Kieron Gillen (The Wicked + The Divine) and Stephanie Hans (Journey Into Mystery) will be collected into a stunning, oversized hardcover edition this November. It will include issues #1-20 of the award-winning series and will be available from Image Comics just in time for holiday gift giving.

Die hit the comics scene with skyrocketing sales and an electrifying story that blended dark fantasy, goth aesthetic with an RPG sensibility. The series went on to win a British Fantasy Award for the “Best Comic/Graphic Novel” category in 2021, as well as secure Hugo nominations in 2020, 2021, and 2022 in the “Best Graphic Story or Comic” category.

In the nineties, six teenagers disappeared into a fantasy role-playing game. Only five returned. Nearly thirty years later, Die follows these broken adults as they’re dragged back into a game that isn’t finished with them yet.

Die hardcover will be available on Wednesday, November 2 and in bookstores on Tuesday, November 8. It can be pre-ordered at your local comic book shop or independent bookstore or via Amazon, Barnes & Noble, Books-a-Million, and Indigo.  Die is also available for purchase across many digital platforms, including Amazon Kindle, Apple Books, and Google Play. 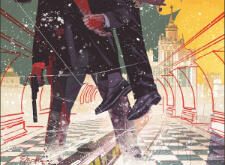 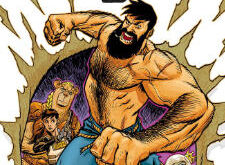