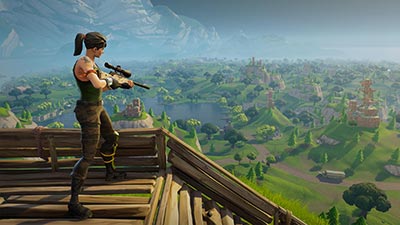 Jazwares today announced a new partnership with Epic Games to create a wide range of Fortnite toys, in a deal brokered by IMG.

Judd Zebersky, CEO, Jazwares commented: “We are thrilled to be part of the Fortnite experience. This is more than just an entertainment property with product; it’s a global movement. Our product line will push the boundaries of traditional toys, bringing the digital world to physical product unlike anything fans have ever seen. We are so excited to be going on this journey with Epic Games.”

Mark Rein, Vice President of Epic Games added: “Jazwares have been so awesome to work with, and from the start have shown that they really understand the Fortnite universe and what makes it unique. They’re working on stuff right now that I think our players are really going to love. I can’t wait for them to see all of it later this year!”

Launching in December 2018, the collection will be available for purchase at retailers around the globe.

Fortnite is the action building game from Epic Games that lets you drop into a massive 100-player PVP Battle Royale or team up with friends in a co-op campaign to Save The World against a horde of monsters. Craft and loot in giant worlds where no two games are ever the same. Fortnite Battle Royale is free and available on PC, Mac, PlayStation 4, Xbox One, iOS, and soon, Android.