It: Chapter Two stayed atop the chart in its second weekend with a strong $41 million, while ‘The Goldfinch’ marked one of the worst starts ever for a movie opening in more than 2,500 cinemas.

It: Chapter Two, which earned $40.7 million in its sophomore outing for a domestic total of $153.8 million. The follow-up declined 55 percent, a great hold for a horror pic (in 2017, It fared even better, falling just 51 percent in its second weekend).

The top 12 films of the weekend, as of Sunday, September 15, are as follows: 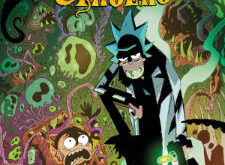