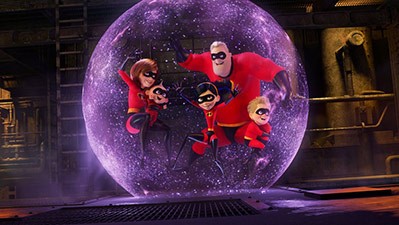 Disney and Pixar’s Incredibles 2 flew to a record-shattering $180 million from 4,410 theaters at the domestic box office over the weekend, blowing past all expectations. Not only did the sequel score the biggest launch ever for an animated film — Pixar’s Finding Dory was the previous champ with $135 million — it scored the eighth-biggest opening of all time, not adjusted for inflation.

Previous Get High On ‘Burnouts’ This September
Next Review: Nightfall by Simon R. Green