“I’m thrilled this project is finally seeing the light of day. It’s always been one that’s near and dear to my heart and I feel like I’ve grown a lot as a writer in the interim, so I’m really looking forward to tackling this concept and helping to create a new and vibrant science-fiction universe,” commented Guggenheim.

The story for Nowhere Man takes place 500 years in the future where an oppressive government monitors everything – including your mind. It’s the Patriot Act gone haywire. Everyone on earth has been infected with a nano-tech virus that allows a central computer to tap into and analyze people’s thoughts. But a group of rebels have engineered the ultimate weapon: a genetically altered child, born immune to the virus. With the ability to act undetected, he’s the only one on the planet that can bring some semblance of privacy and individuality back to the world. He is the Nowhere Man.

“Marc Guggenheim is one of the most talented writers in entertainment today and his unique story is greatly enhanced by the fantastic visual world created by artist, Jeevan J. Kang,” added Liquid Comics Co-Founder & CEO, Sharad Devarajan. “We are thrilled to continue our relationship with Dynamite, who has been a fantastic publishing partner for Liquid in North America.”

Marc Guggenheim’s Nowhere Man will launch as a four-issue mini-series beginning this December. Artwork for the series is being completed by Jeevan J. Kang (The Sadhu, Seven Brothers, H20).

Previous Hell Freezes Over For The Release of Diablo III
Next Declare War on Zombies In Call of Duty: Black Ops Rezurrection 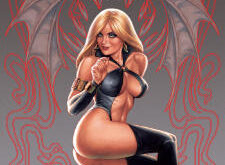 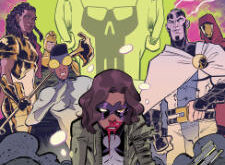 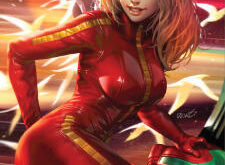