“Our first quarter results are in line with our previously communicated expectations and we are well positioned to execute against 2017’s rich content slate and diverse new initiatives,” said Brian Goldner, Hasbro’s chairman and chief executive officer. “Revenue grew in the quarter and we drove strong consumer takeaway at retail, both compared to a robust first quarter last year and with a shift of Easter into this year’s second quarter. Over the coming quarters, we are supporting significant new initiatives including major theatrical films for both Franchise and Partner Brands.”

“Hasbro remains in a strong financial position, with positive trends to start the year and a healthy balance sheet,” said Deborah Thomas, Hasbro’s chief financial officer. “As anticipated, operating profit in the quarter was negatively impacted by an extra week of expenses without the comparable revenue increase. This decline was more than offset by a favorable foreign exchange impact in non-operating income and the tax benefit from the new accounting standard. Based on our first quarter’s performance, our full-year expectations remain in line with our previously stated objectives.”

*Hasbro’s total gaming category, including all gaming revenue, most notably MAGIC: THE GATHERING and MONOPOLY, which are included in Franchise Brands in the table above, totaled $253.3 million for the first quarter 2017, up 10%, versus $231.1 million in the first quarter 2016. Hasbro believes its gaming portfolio is a competitive differentiator and views it in its entirety.

Partner Brand revenues declined 18% to $213.0 million. Revenue growth from BEYBLADE and DREAMWORKS’ TROLLS was more than offset by expected declines in STAR WARS and MARVEL ahead of major theatrical releases later this year.

Emerging Brands revenue grew 25% to $70.2 million. Revenue increases from BABY ALIVE and FURREAL FRIENDS products were the primary contributors to growth in the quarter.

During the first quarter, Hasbro repurchased 218,000 shares of common stock at a total cost of $18.1 million and an average price of $82.82 per share. At quarter-end, $309.9 million remained available in the current share repurchase authorization.

Hasbro will webcast its first quarter 2017 earnings conference call at 8:30 a.m. Eastern Time today. To listen to the live webcast and access the accompanying presentation slides, please go to http://investor.hasbro.com. The replay of the call will be available on Hasbro’s web site approximately 2 hours following completion of the call.

About Hasbro: Hasbro (NASDAQ: HAS) is a global play and entertainment company committed to Creating the World’s Best Play Experiences. From toys and games to television, movies, digital gaming and consumer products, Hasbro offers a variety of ways for audiences to experience its iconic brands, including NERF, MY LITTLE PONY, TRANSFORMERS, PLAY-DOH, MONOPOLY, LITTLEST PET SHOP and MAGIC: THE GATHERING. The Company’s Hasbro Studios and its film label, Allspark Pictures, are building its brands globally through great storytelling and content on all screens. Through its commitment to corporate social responsibility and philanthropy, Hasbro is helping to make the world a better place for children and their families. Learn more at www.hasbro.com, and follow us on Twitter (@Hasbro & @HasbroNews) and Instagram (@Hasbro).

Certain statements in this release contain “forward-looking statements” within the meaning of the Private Securities Litigation Reform Act of 1995. These statements include expectations concerning the Company’s potential performance in the future and the Company’s ability to achieve its other financial and business goals and may be identified by the use of forward-looking words or phrases. The Company’s actual actions or results may differ materially from those expected or anticipated in the forward-looking statements due to both known and unknown risks and uncertainties. Specific factors that might cause such a difference include, but are not limited to: (i) the Company’s ability to design, develop, produce, manufacture, source and ship products on a timely and cost-effective basis, as well as interest in and purchase of those products by retail customers and consumers in quantities and at prices that will be sufficient to profitably recover the Company’s costs; (ii) downturns in economic conditions affecting the Company’s markets which can negatively impact the Company’s retail customers and consumers, and which can result in lower employment levels, lower consumer disposable income and spending, including lower spending on purchases of the Company’s products; (iii) other factors which can lower discretionary consumer spending, such as higher costs for fuel and food, drops in the value of homes or other consumer assets, and high levels of consumer debt; (iv) potential difficulties or delays the Company may experience in implementing cost savings and efficiency enhancing initiatives; (v) other economic and public health conditions or regulatory changes in the markets in which the Company and its customers and suppliers operate which could create delays or increase the Company’s costs, such as higher commodity prices, labor costs or transportation costs, or outbreaks of disease; (vi) currency fluctuations, including movements in foreign exchange rates, which can lower the Company’s net revenues and earnings, and significantly impact the Company’s costs; (vii) the concentration of the Company’s customers, potentially increasing the negative impact to the Company of difficulties experienced by any of the Company’s customers or changes in their purchasing or selling patterns; (viii) consumer interest in and acceptance of the Discovery Family Channel, and programming created by Hasbro Studios, and other factors impacting the financial performance of the network and Hasbro Studios; (ix) the inventory policies of the Company’s retail customers, including retailers’ potential decisions to lower their inventories, even if it results in lost sales, as well as the concentration of the Company’s revenues in the second half and fourth quarter of the year, which coupled with reliance by retailers on quick response inventory management techniques increases the risk of underproduction of popular items, overproduction of less popular items and failure to achieve compressed shipping schedules; (x) delays, increased costs or difficulties associated with any of our or our partners’ planned digital applications or media initiatives; (xi) work disruptions, which may impact the Company’s ability to manufacture or deliver product in a timely and cost-effective manner; (xii) the bankruptcy or other lack of success of one of the Company’s significant retailers which could negatively impact the Company’s revenues or bad debt exposure; (xiii) the impact of competition on revenues, margins and other aspects of the Company’s business, including the ability to offer Company products which consumers choose to buy instead of competitive products, the ability to secure, maintain and renew popular licenses and the ability to attract and retain talented employees; (xiv) concentration of manufacturing for many of the Company’s products in the People’s Republic of China and the associated impact to the Company of social, economic or public health conditions and other factors affecting China, the movement of products into and out of China, the cost of producing products in China and exporting them to other countries; (xv) the risk of product recalls or product liability suits and costs associated with product safety regulations; (xvi) the impact of other market conditions, third party actions or approvals and competition which could reduce demand for the Company’s products or delay or increase the cost of implementation of the Company’s programs or alter the Company’s actions and reduce actual results; (xvii) the impact of litigation or arbitration decisions or settlement actions; and (xviii) other risks and uncertainties as may be detailed from time to time in the Company’s public announcements and Securities and Exchange Commission (“SEC”) filings. The Company undertakes no obligation to make any revisions to the forward-looking statements contained in this release or to update them to reflect events or circumstances occurring after the date of this release. 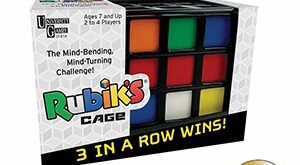