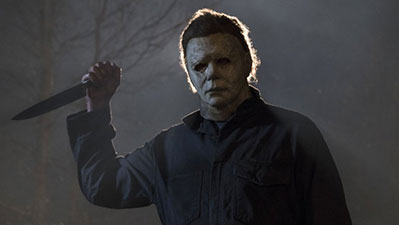 “Trick or treat” took on a whole new meaning at the weekend box office, where Blumhouse and Universal’s Halloween opened to a terrifying $77.5 million from 3,920 theaters, the second-best showing of all time for an R-rated horror pic. It also scored the second-best debut ever for the month of October, coming in not far behind the record set by Venom earlier this month ($80 million).

The top 12 movies of the weekend, as of Sunday, October 21, are as follows: