Summer is here and Funimation Entertainment has a stellar line-up of simulcasts and Broadcast Dubs planned for this season. To mark the first week of summer, the company revealed today fourteen simulcast titles from the new season. Together with the rest of the line-up, Funimation’s Summer 2016 Season offers each fan the opportunity to “find the ONE for you.” Whether it’s the one with the final boss, or the one with the cat vampire, or the one with the school idols or one of our many other new shows, Funimation has something for everyone.  The shows in this summer’s line-up will begin premiering on July 2.  Each and every week thereafter for the rest of the season, subscribers can look forward to new episodes in commercial-free 1080p.

“Today’s reveal is just a teaser. We have put together an amazing anime line-up for fans to enjoy this summer with more announcements coming soon,” said Gen Fukunaga, CEO and founder of Funimation. “‘D.Gray-man HALLOW,’ ‘SERVAMP,’ ‘Tales of Zestiria the X’ and ‘Love Live! Sunshine!!’ are just the tip of what we have in store for subscribers. Stay tuned.”

Funimation will be selecting many simulcast titles for Broadcast Dub treatment (near-simulcast English dubbing).  The exact number and specific titles will be announced once the complete simulcast line-up is made public.  Broadcast Dub episodes are available to All-AccessPass streaming subscribers.  Paid subscriptions, featuring commercial-free, HD video, start as low as $4.99 per month and are available at funimation.com/subscribe.

“Without a doubt we’ve assembled a stellar line-up of simulcasts this season. And as the only streaming service with Broadcast Dubs, Funimation will be a fantastic destination for anime this summer,” said Mike DuBoise, EVP and COO of Funimation. “With our new season starting next weekend, now is the time to subscribe to FunimationNow. You don’t want to miss a single episode of our Summer 2016 Season.”

D.Gray-man HALLOW
From the studio behind D.Gray-man comes the highly anticipated continuation to the popular series. Allen Walker is an exorcist working for the Black Order whose mission is to protect mankind from the evil Millennium Earl and his deadly Akuma. Allen and his comrades must recover lost Innocence while defending against the Earl’s terrifying army. But if they fail, Innocence will be lost forever.

SERVAMP
Mahiru Shirota dislikes difficult things, preferring to live a simple life. But after rescuing a cat he names Kuro, life takes a turn for the complex. Kuro turns out to be a “servamp”—a servant vampire—named Sleepy Ash, and the two form a contract. Kissing his simple life goodbye, Mahiru is pulled into the world of vampires, the seven deadly Servamps, and war. Life couldn’t be more complicated!

Tales of Zestiria the X
Legends speak of the Shepherd, a savior who will bring peace to the seraphim and human worlds. Sorey has spent his life studying ancient books and exploring ruins to learn more about the legendary savior. When he and his seraphim companion Mikleo encounter a mysterious girl in the ruins, the stories of the Shephard become Sorey’s reality. Is he strong enough to take on the evil Lord of Calamity?

Danganronpa 3: The End of Hope’s Peak High School – Future Arc
Makoto Naegi is under suspicion of treason after shielding a remnant of Despair. The Future Foundation, founded to save the world from chaos caused by Ultimate Despair, gathers to decide his punishment when they are captured by Monokuma. Thrusted into an ultimate death game, they must find the true traitor and kill him if they hope to survive. The tale of despair in which hope kills hope begins.

Danganronpa 3: The End of Hope’s Peak High School – Despair Arc
Hope’s Peak High School is a special school that nurtures those with exceptional talents and abilities. While only top students are a part of the main course, anyone can join the preparatory course, like Haijme Hinata has. Hinata wants nothing more than to be part of the talented elite, but his desires lead him to a fateful encounter that drives the future of the school into despair.

Endride
Beneath the earth’s surface lies the unknown world, Endra. After touching a mysterious crystal, Shun Asanaga finds himself in this new land and his only way home lies with helping the vengeful Prince Emilio. Recently imprisoned, Emilio vows to take back his rightful throne from King Delzaine. Check out the latest adventure from the creator of Rurouni Kenshin and the studio behind Durarara!!

Love Live! Sunshine!!
Nothing is more appealing than the bright, sparkling world of School Idols! The girls of Uranohoshi Girls’ High School are swept into idol fever, wanting nothing more than to become the next-best School Idol group. And they plan to do just that. Chika Takami brings together eight of her classmates to form Aqours, their own idol group. As long as they don’t give up, any dream can come true!

FIRST LOVE MONSTER
High schooler Kaho Nikaido is having trouble adjusting to her new life in Tokyo. It doesn’t get any easier when she is nearly hit by a truck and saved by the handsome Kanade Takahashi! Infatuated with Kanade, she works up the courage to confess. But he warns that if Kaho learns who he is, she won’t want him. What could possibly keep her from this stud? Maybe the fact he’s a…fifth grader?!

Handa-kun
Seishuu Hanada leads a very interesting life for a high school student. He is admired by his peers as a calligraphy genius and held in the highest respect. Unfortunately, Hanada is under the impression that they hate him! He just wants a quiet life, but instead he’ll face countless challenges for his school idol position. Can he handle all the pressure and “bullying”? It’s hard being so clueless!

TSUKIUTA. The Animation
Six Gravity and Procellarum are two rival male idol groups who happen to live in the same dorm. Six Gravity is made up of young men who represent the months of December to May, while Procellarum’s members represent June to November. Follow the daily lives of these twelve young men as they deal with the stresses of idol-hood, school, and living together. With music by famous Vocaloid producers!

Time Travel Girl
Mari Hayase is on a mission to go back in time and meet eight of the most prominent scientists and inventors in history. With the help of her two friends Waka Mizuki and Jun Mizuki she’ll find herself up close and personal with famous figures like Benjamin Franklin, Alexander Graham Bell, Thomas Edison, and so many more! What’s her purpose and mission? Hopefully not getting stuck in the past!

Sca-red Rider XechS
The Blue World, a world symbolizing reason, is under attack by fierce creatures known as the Nightfly O’Note sent from the Red World, a world symbolizing instinct. Elected to lead the Blue World, 17-year-old researcher Akira Asagi will take charge of the combat unit “IS”. These six riders, also called the Scared Rider Xechs, will fight at the Ryuukyuu LAG to protect their world and each other.

One Piece
Monkey D. Luffy is a boy with big dreams. This daring rubber-man refuses to let anyone or anything stand in the way of his quest to become king of all pirates. Like his hero Gold Roger, this is one captain who’ll never drop anchor until he’s claimed the greatest treasure on Earth – the Legendary One Piece!

Cute High Earth Defense Club LOVE! LOVE!
The Battle Lovers are back! With things a bit calmer since the whole Zundar fiasco, the boys can get back to what’s important in life—like hanging around the bathhouse and lazing around! But when the Loveracelets start calling, they’ll have to jump back into the action. Will the arrival of two new students mean more allies or more chaos? Love is not over yet!

Regalia: The Three Sacred Stars
In the country of Rimguard a mysterious event shook the country and its people just twelve years prior. As time passed, memory of the incident began to fade while peace reigned over the land. Sisters Yui and Rena live a quiet life in the Enastria Empire until a large mecha suddenly attacks their peaceful home, changing everything. The girls become caught in a vortex of destiny and godly revival. 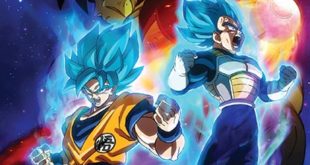 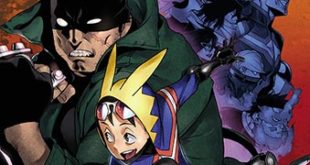