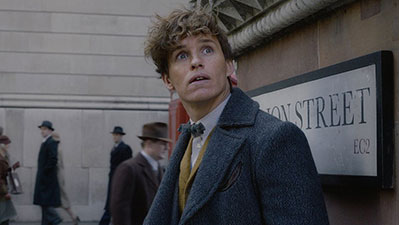 Warner Bros.’ Harry Potter spinoff Fantastic Beasts: The Crimes of Grindelwald couldn’t conjure the same magic the first film did in its U.S. opening, but made up ground overseas for a worldwide launch of $253.2 million. In North America, the sequel debuted to $62.2 million from 4,163 theaters, compared to $74.4 million for Fantastic Beasts and Where to Find Them on the same pre-Thanksgiving weekend in 2016.

The top 12 films of the weekend, as of Sunday, November 18, are as follows:

Previous The Man of Steel’s 80th Anniversary Culminates With a Big Screen Double Feature of The Death of Superman and the National Cinematic Debut of Reign of the Supermen
Next Krypton: The Complete First Season Comes To Home Video