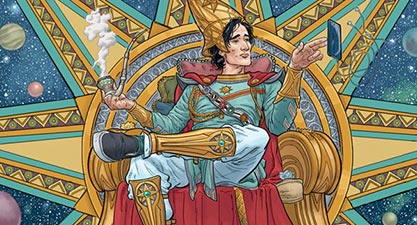 The Maestro and his entire royal family have been murdered. Now, his banished son from Earth will inherit the Wizard King’s throne—along with a spell that turns its user into God. With enemies everywhere, will this Orlando-born millennial be able to keep his new magic kingdom?