In 2012, the Mayan doomsday prophecy is coming to pass, and the end of the world makes for strange allies. Vampirella, Red Sonja, Kulan Gath, Dracula, Eva, Herbert West The Reanimator, Alan Quatermain, Athena, Dorian Gray, Purgatory, Pantha and many more choose sides and clash in battles that will decide the fate of the Earth and all of mankind. Will the forces of good be able to stop the end of days? Or will an army of darkness rise?  Find out in Prophecy #1, coming this June from Dynamite Entertainment.

Written by Ron Marz and drawn by Walter Geovani, with covers by Paul Renaud, Prophecy is a self contained event series. Prophecy, running for seven issues, is easily Dynamite’s biggest company cross-over of ALL TIME! Make sure to pick up the first issue of Prophecy in June.

“I’ve written a fair number of crossover stories over my career, and one of the reasons I keep coming back to them is that they almost always end up being fun,” says writer Ron Marz. “There’s something intrinsically comic-booky about a bunch of characters meeting for the first time. One of the attractions of Prophecy when it was offered to me was that we talked about embracing that aspect, the sensibility that a comic can still be fun, with big action moments as well as big characters moments. I’m really looking forward to getting to play with this bunch of characters.”

“We’re going old school a bit here, putting together a titanic team up of colossal proportions against the back drop of the end of the world,” says Dynamite Editor Joe Rybandt. “Classic comic book storytelling right here. Be there.”

“We have discussed a major cross-over at Dynamite for some time, but wanted to wait till we had the best project possible with the right creative team.  With the Mayan Prophecy in 2012, it felt like the perfect time to have our first major cross-over.  Ron was the first writer we thought of and approached, and were ECSTATIC when he said yes.  The result is months of discussions for our biggest cross-over ever!,” says Dynamite Entertainment President and Publisher Nick Barrucci.  “Ron’s Artifacts series at Top Cow has been nothing short of amazing, and since this is our first major cross-over, we wanted to do it right.  We are keeping Prophecy focused and tight, so this seven issue series is set up so that this is the only series fans will need to read!” 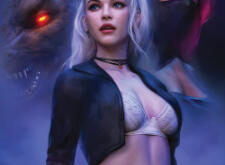 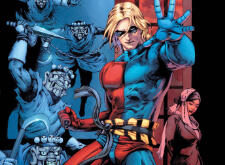