“We have had the privilege not only to view many of these films in their various stages but also to meet the incredible leadership teams behind each one, and we are very confident about DreamWorks Animation’s robust future slate,” said Fox Filmed Entertainment CEOs and Chairmen Jim Gianopulos andTom Rothman. “We are truly excited about our new partnership and bringing these extraordinary films to audiences around the world.”

“What we are announcing today is the result of the amazing work and devotion from DreamWorks Animation’s vast roster of directors, producers and artistic talent over many years,” added Bill Damaschke, DreamWorks Animation’s Chief Creative Officer. “Every one of the movies in our lineup – whether it is an original film or a sequel to one of our beloved franchises – comes from the unique and special vision of our filmmakers, and we look forward to joining together with Fox to make them available to family audiences starting next year.”

The Croods will be released on March 22, 2013. It is being written and directed by Academy-Award® nominee Chris Sanders (How to Train Your Dragon) and Kirk DeMicco (Space Chimps) and produced byKristine Belson (How to Train Your Dragon) and Jane Hartwell (Shrek). The film stars Nicolas Cage, Ryan Reynolds, Emma Stone, Catherine Keener, Clark Duke, and Cloris Leachman. When their cave is destroyed, the Crood family is forced to embark on an epic adventure into a pre-historic world in search of a new home. With the help of a brash, know-it-all nomad named Guy, the Croods learn to conquer their fears and discover what it takes to survive – each other.

Turbo will be released on July 19, 2013. It is based on an original idea by David Soren (MerryMadagascar ), who is directing the film. It is produced by Lisa Stewart (Monsters vs. Aliens). Soren is writing the script with Robert Siegel (The Wrestler) and Darren Lemke (Shrek Forever After). The film stars Ryan Reynolds, Paul Giamatti, Michael Pena, Luis Guzmán, Bill Hader, Richard Jenkins, Ken Jeong, Michelle Rodriguez, Maya Rudolph, Ben Schwartz, Kurtwood Smith, Snoop Lion and Samuel L. Jackson. Turbo is the story of a garden snail with an impossible dream: to win the Indy 500. When a freak accident gives him extraordinary speed, Turbo sets out to try to make this dream come true.

Mr. Peabody & Sherman will be released on November 1, 2013. It is directed by Rob Minkoff (Stuart Little, The Lion King) and produced by Alex Schwartz (Journey to the Center of the Earth, Bridge to Terabithia) and Denise Cascino (Megamind, Shrek the Third). Bullwinkle Studios’ Tiffany Ward and Classic Media’s Eric Ellenbogen are executive producers, along with Jason Clark (Monster House, Stuart Little ). It is being written by Craig Wright (United States of Tara, Six Feet Under). The film stars Emmy Award® winner Ty Burrell, Max Charles, Stephen Colbert, Emmy Award® winner Allison Janney, Ariel Winter and Stephen Tobolowsky. Based on Jay Ward’s classic cartoon, Mr. Peabody is the world’s smartest person who happens to be a dog. When his “pet” boy Sherman uses their time traveling WABAC machine without permission, events in history spiral out of control to disastrous and comical results.

In Me and My Shadow , which will be released on March 14, 2014, the studio will pioneer a groundbreaking combination of CG and traditional animation techniques seamlessly together throughout the film. Animation veteran Alessandro Carloni (How to Train Your Dragon) will make his directorial debut and Melissa Cobb ( Kung Fu Panda , Kung Fu Panda 2) will produce. Tom J. Astle and Matt Ember (Get Smart) are writing the screenplay. The film stars Josh Gad, Bill Hader and Kate Hudson. Dan, our hero’s shadow, yearns for a more exciting life but happens to be stuck with Daniel Grubb, a timid guy with an aversion to adventure. When both of their lives are put in danger, Dan is forced to take control of Daniel, commencing a madcap adventure in which they both learn the meaning of true friendship.

Happy Smekday!, based on the critically acclaimed book “The True Meaning of Smekday” by Adam Rex, will be released on November 26, 2014. It is directed by Tim Johnson (Over the Hedge, Antz) and produced by Chris Jenkins (Surf’s Up) and Suzanne Buirgy ( Kung Fu Panda 2). The screenplay is being written by Tom J. Astle and Matt Ember (Get Smart). The film stars Jim Parsons and Rihanna. When the galaxy’s most annoyingly optimistic alien finds himself on the run from his own alien race, he’s forced to team up with a fiercely stubborn teenage girl. Together they become the most unlikely fugitives ever to save the planet.

The Penguins of Madagascar, featuring the beloved penguins from DreamWorks Animation’s Madagascarfranchise, will be released on March 27, 2015. It is directed by Simon J. Smith (Bee Movie) and produced by Lara Breay (Megamind). It is being written by Michael Colton and John Aboud. Executive producers include Mireille Soria, Tom McGrath and Eric Darnell ( Madagascar series).

Trolls (working title), inspired by the mythology behind the wildly popular Troll dolls, will be released onJune 5, 2015. It is directed by Anand Tucker ( Leap Year ) and produced by Gina Shay (Shrek Forever After). Aron Warner (Shrek films) is serving as executive producer, alongside Andrew Adamson (Shrekseries, The Chronicles of Narnia series) and Dannie Festa. The screenplay is being written by Wallace Wollodarsky and Maya Forbes (Monsters vs. Aliens). The film stars Jason Schwartzman and Chole Moretz.

B.O.O.: Bureau of Otherworldly Operations, in which DreamWorks Animation will bring you ghosts as you’ve never seen them before, will be released on November 6, 2015. It is based on an original idea byTony Leondis (Igor), who is directing the film. It is produced by Maryann Garger (Flushed Away) and the screenplay is being written by Tom Wheeler (Puss in Boots). The film stars Seth Rogen.

Mumbai Musical (working title), the studio’s first-ever Bollywood-style animated musical adventure inspired by the great Indian epic tale of The Ramayana but told from the point of view of the monkeys, will be released on December 19, 2015. Kevin Lima (Enchanted, Tarzan) is directing and Lisa Stewart(Turbo, Monsters vs. Aliens) and Chris Chase (Enchanted, Tarzan) are producing. Stephen Schwartz(Wicked, Prince of Egypt, Enchanted) is writing the lyrics, A.R. Rahman (127 Hours, Slumdog Millionaire, Bombay Dreams) is writing the music, and both are executive producers on the film. It is being written byDavid Sussman.

Tags B.O.O.: Bureau of Otherworldly Operations Dreamworks Animation FOX How to Train Your Dragon Mr. Peabody and Sherman The Penguins of Madagascar 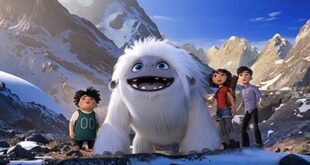 ‘Abominable’ Scales To The Top Of The Box Office 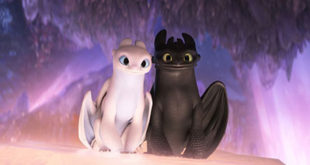 ‘How To Train Your Dragon’ Holds Top Box Office Spot

‘How To Train Your Dragon’ Wins The Box Office