Mr. Potato Head is traveling through space and time to take on the persona of Doctor Who’s Eleventh Doctor. Created by PPW Toys under license from Hasbro and BBC Worldwide, the collectible Doctor Who Mr. Potato Head figures are distributed by Underground Toys.

Doctor Who Mr. Potato Head includes a range of mix-and-match Doctor Who-inspired components including suspendered pants and a sonic screwdriver. PPW is currently developing additional versions for the crossover line.

“We are excited to be working with BBC Worldwide and Hasbro this year on such an exciting property,” says Dean Gorby, business manager, PPW Toys. “Fans of Doctor Who have such a strong connection with the show and will be delighted to see the extraordinary transformation of Mr. Potato Head as he personifies these iconic characters.” 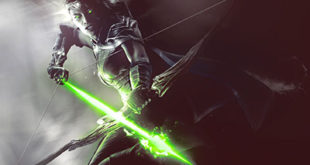