This weekend the entertainment industry converged on San Diego for the annual comic con. Once a gathering of pop culture fans, the vent has been taken over by corporate interests looking for the next Hollywood blockbuster. As the crowds got bigger, the appeal to the studios grew. Now, the convention center is packed and the studios are getting loads of bad information.

Take the upcoming Batman v. Superman movie. Warner Bros. unveiled a “trailer” to the assembled fans. The people in the auditorium went crazy cheering. Then the trailer leaked online. The reaction of the larger audience was negative at best. The trailer showed no semblance of a story and kept the characters in shadows (usually done so you can’t see how bad the special effects are). What the fans in the auditorium were cheering was that they got to be first, not that the movie was good in any way.

The owners of the convention know they’re becoming irrelevant. In an effort to draw attention away from the growing number of shows that bring a more representative audience, the owners have sued Salt Lake City Comic Con over the use of the generic term “comic con.”  San Diego Comic-Con International is asserting intellectual property infringement for use of the name “Comic Con”, challenging hundreds of comic conventions around the country and the world already using the words comic con for their show.

“This cease and desist order is baseless and has been attempted before by this organization and has failed. Our primary concern is our fans and making sure we provide them with an event that allows them to meet, great and get up close and personal with their favorite celebrities and pop culture icons,” said Dan Farr, Salt Lake Comic Con Founder and Show Producer.  “We’re puzzled why Salt Lake Comic Con was apparently singled out amongst the hundreds of Comic Cons around the country and the world. We intend to vigorously defend ourselves from this frivolous action.”

Showing more of its irrelevance, were panels on “Community” a cancelled sitcom picked up by Yahoo. The comic con audience doesn’t care about Community, but the corporate sponsors do.

All in all, a positive response at San Diego no longer means anything to the general audience at large. 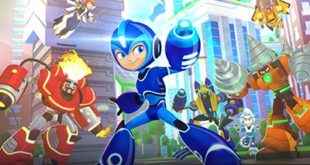