Abbey Chase, the world’s most daring adventuress, returns to action as she aims to recover a dark and mysterious piece of ancient history. When Abbey learns that the elusive Book of the Dead has resurfaced and fallen into nefarious hands, she and the Danger Girls embark on a mission to track down the powerful tome. But when their journey leads them to cross paths with another seeking the book – a man with a personal vendetta and a literal hand in the book’s sordid history – they find themselves spiraling through the most outrageous and sure-to-be-talked-about cross-over event of the year! Don’t miss Danger Girl and the Army of Darkness #1 coming up in April 2011!

“Many artists go through an entire career without one real signature project, and I’ve been fortunate to have to with both Gen 13 and Danger Girl,” says artist J. Scott Campbell. “And I really enjoy the Army of Darkness movies and absolutely love Bruce Campbell! This will be an incredibly compelling series!”

“Danger Girl and the Army of Darkness has been a long time coming,” says writer Andy Hartnell. “Fans of the original Danger Girl series may recall seeing the infamous Necronomicon in the library of one Abbey Chase, way back in her days before joining the Danger Girl organization. They’ve always asked what that was all about. Well, now is the time to revisit that adventure. Now that Abbey is a full-fledged Danger Girl, with her new skills and allies, she also has the ‘help’ from some knucklehead named Ash.”

“Fans that have been clamoring for Army of Darkness to return won’t need to wait any longer, and this time Ash has company,” says Dynamite Entertainment President Nick Barrucci. “We’re extremely excited to have Ash’s ongoing series re-launch and also be J. Scott Campbell’s and Andy Hartnell re-introduction of Danger Girl to the comics market! Dynamite Entertainment and IDW are proud to have two such unlikely franchises meet-up on what is sure to be one entertaining romp!” 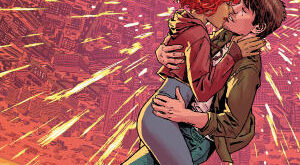 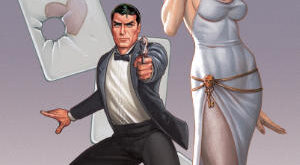 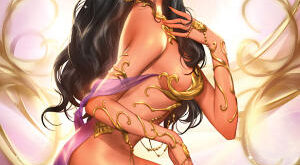