What do you get when you cross the guys who wrote Forgetting Sarah Marshall, a co-creator of Flight of the Conchords and… Muppets?  The Cheapest Muppet Movie Ever Made (working title).

According to New York Magazine’s Vulture blog, James Bobin (Flight of the Conchords) is apparently the favorite to sit in the director’s chair for the next Muppet film. While the deal is not finalized, sources at Disney have said he’s been offered the job and it is his “if he wants it”.  Nick Stoller was set to direct but had to bow out to complete work on Russell Brand’s “Get Him to the Greek.” Bobin does have other offers on the table, one of which is producer Judd Apatow’s “Bridesmaids” (with a script from SNL’s Kristen Wiig).

Written by Jason Segel and Nick Stoller, details of the new Muppet movie  are few, but is said to revolved around Kermit and company having to put on a show to save their theater.

Plans are for the film to shoot late this summer. 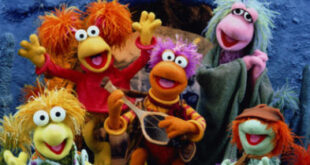