Clash of the Titans might not have been a critical success, but it certainly was a worldwide blockbuster.  Its postproduction conversion from 2D to 3D set off a wave of negativity for the process, showing all that could go wrong with jumping on the 3D bandwagon too soon. Believing that Clash can still be a big franchise, Warner Brothers and Legendary Pictures are hoping to right the wrongs done in the first film with its sequel.

Warner Brothers hopes to improve on the script from the first by bringing in Greg Berlanti (Green Lantern), Dan Mazeau (the Flash) and David Leslie Johnson (Red Riding Hood) to write the treatment. With all parties happy with that, Mazeau and Johnson are now writing the screenplay.

Though there is no word on when Clash 2 will go before cameras, Sam Worthington and Gemma Arterton are expected to reprise their roles for the second film.  And unlike the first film, Clash 2 will be shot in 3D. Stay tuned for more details as they trickle in…

Previous Nintendo Dropping DSi and DSi XL Prices
Next Metroid: Other M Takes Players Deep into the Heart of a Legend 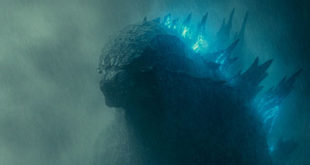 ‘Godzilla: King Of The Monsters’ Is King At The Box Office