That is the title for Christopher Nolan’s third film in his Batman saga.  In an interview with the L.A. Times, Nolan confirmed the film’s title and who the villain of the next installment will certainly NOT be.

Nolan’s exact words on the subject were ” It won’t be the Riddler.”

In addition, Nolan went on to say that the Warner Brothers executives have agreed with his desire not to have the third film be in 3D, but will employ “high-definition approaches and IMAX cameras to strike out on a different cinematic path” than the 3D fare that has now become dominant in blockbusters today.

Now that the film has been named, it seems that Nolan is moving forward quickly on the production and  hunting actors for various roles in the film.  Earlier this month, Tom Hardy had landed an unspecified lead role in the film.  and rumors abound that Nolan has been taking meetings with assorted twenty something actresses, also for an unspecified part.  All Nolan is saying at this point is that he’ll be using many of the same characters from the first two films as well as a few new ones. We’ll just have to wait patiently for more news as it trickles in.

The Dark Knight Rises begins shooting in April 2011 in New Orleans and is set to hit theaters July 20, 2012. 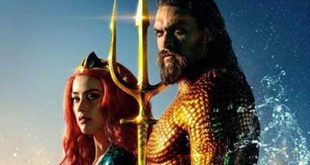