Jim Butcher’s The Dresden Files: Down Town Arrives In September

“This was a fun project, because we got to play with a Dresden that was much closer to the character as he exists in the most recent books,” says Jim Butcher, acclaimed creator of the Dresden Files series and plotter for the Down Town storyline. “We got to see both Mouse and Molly in action, to show Marcone demonstrating why he’s the Baron of Chicago, and to pit Dresden against an archetypical foe of the Wardens of the White Council, a power-maddened warlock. We get to go on an adventure in Undertown, the Stygian labyrinth beneath Chicago, and in general have all the monsters, adventure, and uneasy alliances that are what the readers of The Dresden Files have come to expect from the stories.”

Mark Powers, who worked with Butcher’s original script to tailor it for the comic book medium, says, “Working with Jim, Carlos, Nick and the entire Dynamite crew on Down Town was an absolute blast. When I found out Carlos would be back, after the stellar job he did illustrating War Cry, I could not have been more excited – and if anything, he upped his game for Down Town. It’s an honor and privilege to be associated with Jim and the world he’s created, which is so rich with interesting characters and locales that we could probably do a hundred series without exhausting all the possibilities.”

In Down Town, Chicago wizard-for-hire Harry Dresden and his new apprentice, Molly Carpenter, intend to end the havoc caused by a mad sorcerer – one whose ambitions would have the Windy City streets carved out as his own private kingdom. But when the magical upstart enters into an alliance with the notorious mob boss “Gentleman Johnnie” Marcone, the fast-and-loose Dresden and his young charge must do everything in their power to survive unscathed. With bonus features including Jim Butcher’s original story outline, sketchbook artwork from Carlos Gomez, and a cover gallery with roughs from Stjepan Sejic, Jim Butcher’s The Dresden Files: Down Town hardcover graphic novel will be available in a Regular Edition and a special Signed Limited Edition.

“I loved the way the story came out, and I look forward to creating more graphic novels with Dynamite!” says Butcher. 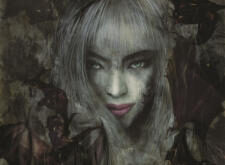