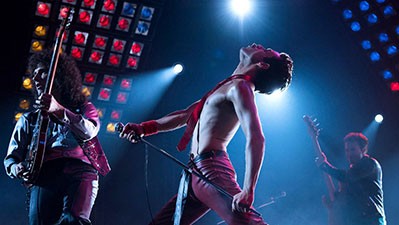 Queen biopic Bohemian Rhapsody is a box-office champion, soaring to a $50 million launch in North America, the second-biggest start of all time for a music biopic behind 2015’s Straight Outta Compton($60.2 million), even when adjusted for inflation. The better-than-expected performance of the film — which stars Rami Malek as legendary frontman Freddie Mercury — is a fitting swan song for 20th Century Fox as it releases the final titles on its slate before disappearing as a stand-alone major Hollywood studio and being absorbed by new owner Disney.

The top 12 films of the weekend, as of Sunday, November 4, are as follows: